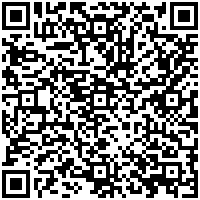 Possibly the oldest gay sauna in Bangkok, 39 Underground has been around since the beginning of time.

It is a relatively small place but still covers 4 floors. A shower, a small sauna and steam room on the ground floor and two stories of private cabins in the third and top floor, alongside a small but efficiently designed garden. The second floor has a modest bar and well equipped fitness room.

Where friendly thai gays are ready to make friends

The audience is predominantly Thai, but an occasional western face can be spotted. This would likely be an expatriate as 39 Underground is a sauna well known in Bangkok’s gay circles but it’s definitely not on the tourist map.

39 Underground is a cheap date, expect to not spend more than THB 400 – 500. Thai prices at the bar and a modest entry fee at the door. The place is also often packed with a dense crowd.

You must have Javascript enabled to use this form.

Muffill Sauna
For more than 10 years this lively, cool Sauna in Lad Phrao has been a legend in Bangkok's gay scene.
Click for lots more information

Macho Sauna
Explore and entertain your most private curiosities in the dark corners of this gay sauna on the outskirts of Bangkok.
Click for lots more information

Men factory
The revolutionary industry that is heat, steam and pleasure. This gay sauna is at the heart of Bangkok's gay scene.
Click for lots more information

Saphan Kwai is the birthplace of gay culture in Bangkok. This is the oldest gay area in the great city of (male) Angels. Plenty of different types of gay and lgbt-friendly venues are spread out over the area. Whatever you're looking for: it's there. Finding it can be difficult because you'll have to navigate small soi's and the area is quite big. But that's where Pinktrails comes in to help. Explore the richly diverse gay scene of Saphan Kwai, which is conveniently accessible by BTS.

Most of the venues are popular with the local Thai gay crowd. Other Asian ethnicities are common however too. Thais are very welcoming and always happy to see a foreigner visiting their neighborhood. If you're into Thai guys, don't hesitate to check out the extensive nightlife and rich LGBT history this area represents.

There are numerous gay bars, or "host bars" as they are commonly referred to by local Thais all throughout the area. They are diverse in character, some feature karaoke and others are great to just have a drink and enjoy the local crowd. Even gay go-go bars can be found in Saphan Kwai if you know where to look and conveniently, there are plenty of lgbt-friendly hotels in the vicinity.

Looking for something hot and steamy? Saphan Kwai has plenty of that. Some of the oldest, locally well known gay saunas are found here.